Odor Removal: Use Air Purifiers To Get Rid Of Unwanted Smells At Home 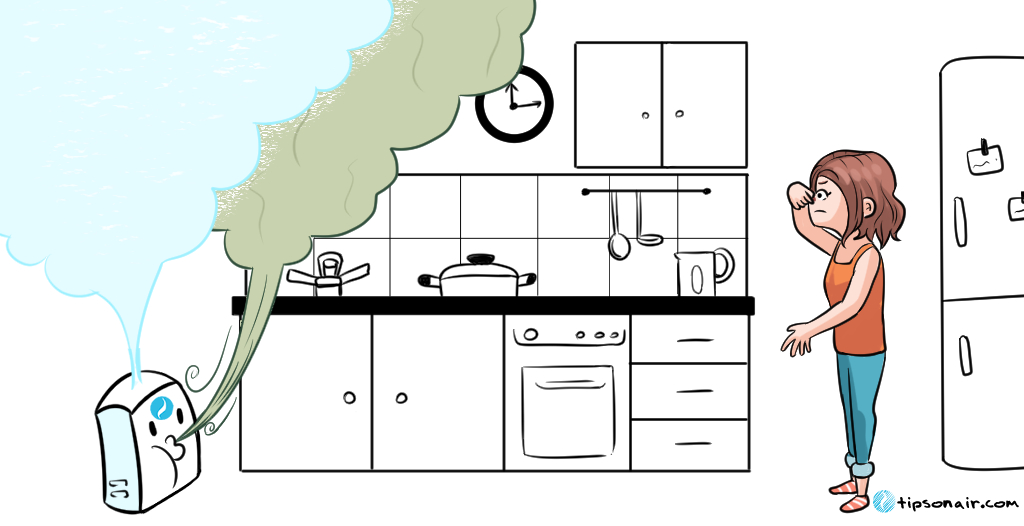 We are all familiar with the scenario.  You come home and can’t help but get a hint of that unpleasant smell.  You open all the windows, hoping it will go away.  No matter what you do, somehow the smell finds its way back.  You may just need an air purifier to do the trick for you.

The source of unwanted smells and lingering odors at home can vary.  Kitchens and bathrooms are the two notorious suspects.  Cooking, dishwasher, plumbing issues, and trash can all contribute to this smell cocktail.  Having said that, any room can be the source with the presence of mold, blocked pipes, cigarette, or unmaintained furniture.  These smells are persistent.  Ventilation alone often cannot get rid of them.

Below you will read how an air purifier eradicates these smells, as well as what other solutions can be used in the process.

The best way to prevent unwanted smells from appearing in your home is, of course, not to let them emerge in the first place!  Here are a couple of tips:

Despite all the above precautions, smells may find a way to penetrate into your house regardless.  Animals or smokers in the house, snacks left on the counter, furniture, curtain, or carpet odors each represent potential sources.  You may feel powerless, but you do not need to give up.  An air purifier can help neutralize these unwanted smells from your rooms.

Air purifiers remove a significant number of pollutants from your indoor air with the help of sophisticated filter systems.  These removed particles include animal hair, unwanted gases, solid particles, among others.  The device sucks in the polluted air in the room, passes it through its filter system, and discharges the pure air out.  This way, odors are neutralized.

Air cleaners equipped with a HEPA filter and an activated carbon filter at the same time are the most effective against unpleasant odors.

High-efficiency particulate air (HEPA) filters remove the majority of the particles up to 0.3 µm from the air.  These particles include but are not limited to, animal hair, mold spores, and dust particles.  Thus, these particles are prevented from spreading and causing unwanted smells.

There are a few factors to consider when buying an air purifier for getting rid of odors.  These include;

Other Household Methods for Getting Rid of Smells

Before you decide to invest in an air purifier, you can try and neutralize the light odors with simple and inexpensive methods.  Small tricks may do wonders, especially in the kitchen.  Here are some examples: